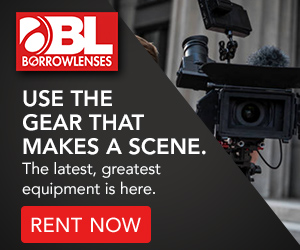 Douglas Knapp, a longtime camera operator and cinematographer with credits including Murphy Brown, two Star Trek series and films from John Carpenter and Tim Burton, has died. He was 70.

Knapp died Monday February 3, 2020 at his home in Burbank after a long battle with pancreatic cancer, his daughter, Allyson Cook, told The Hollywood Reporter.

Knapp attended the USC School of Cinematic Arts with Carpenter, and he served as the cinematographer on the writer-director's feature debut, the sci-fi comedy Dark Star (1974), and then on his follow-up, Assault on Precinct 13 (1976). He also was camera operator on Carpenter's Escape From New York (1981).

Knapp spent four years on Star Trek: Enterprise and seven years on Star Trek: Voyager as camera operator and cinematographer. "You're probably thinking, 'That has to be a real drag after a while.' Well, it was a lot of fun," he told a group of San Diego filmmakers in 2016 see video below..

A Shooter from Every Angle with Douglas Knapp from San Diego Filmmakers on Vimeo.

About Doug Knapp:
We all probably see Doug Knapp's work at least once a year, as Camera Operator on National Lampoons Christmas Vacation. Doug had been filming since the early 70s, including over 500 episodes for television, most notably the Star Trek series, and 15 feature films including The Green Hornet, Coming to America and Beetlejuice. He worked along side some of film's most revered Directors such as John Landis, Tim Burton and John Carpenter. Doug was a long time member of the International Cinematographers’s Guild Local 600, and 1972 Graduate of the USC School of Cinema. He was a member and former Vice President of the Society of Camera Operators, winning the President’s Award in 1994. He was a member of VES, SOC, DCS and TV Academy. He had also been a Cinematography Instructor at the Los Angeles Film School and West Los Angeles College.